Lutein (pronounced loo’teen) is in the carotenoid family, as is the better-known beta carotene. Carotenoids are the natural colorant or pigments found in dark green leafy vegetables such as spinach and in egg yolks.

Lutein when taken as a supplement or eaten in foods is naturally deposited as a protective layer in the macula, the small spot in the back of the eye that is responsible for central vision.

This layer, known as macular pigment, works like sunglasses inside your eyes protecting them from damaging light – especially blue light. This is similar to the way orange colored lenses in “glare-reducing” or “contrast-enhancing” driving glasses work.

Healthy macular pigment can improve your ability to react to bright flashes of light (like from those obnoxious blue headlights at night) or see objects against a similar background – critical to driving at night or enjoying outdoor sports.

To keep eyes healthy and protect them as they age, research indicates that people need at least 10 mg. of lutein everyday through dietary sources and supplemental lutein.

The New AREDS2 Results and Recommendations:

Lutein is an antioxidant that appears to quench or reduce harmful free radicals in various parts of the body. Free radicals can play a role in a variety of chronic diseases, including cataracts and macular degeneration.

Glare Disability is common in older adults and can be worsened by conditions such as cataracts. It encompases a variety of complaints, from decreased visual acuity or quality (chromatic contrast) in “glare” light conditions to decreased ability to recover from exposure to flashes of bright light (photostress recovery).

“CONCLUSIONS: Daily supplementation with L+Z [Lutein plus Zeaxanthin] resulted in significant increase in serum levels and MPOD [macular pigment optical density] and improvements in chromatic contrast and recovery from photostress. These results are consistent with past studies showing that increasing MPOD leads to improved visual performance. “

Lutein filters the high-energy, blue wavelengths of light from the visible-light spectrum. Blue light, in both indoor lighting and sunlight, is believed to induce oxidative stress and possible free-radical damage in human organs exposed to light, such as the eyes and skin. Blue light is not the same as the commonly known ultraviolet A and ultraviolet B wavelengths of the invisible spectrum.

Most Americans get insufficient lutein in their diets. Research suggests that 6 to 20 mg. of lutein per day are needed to realize its health benefits.

Remember, 100 grams is 0.22 lb. – almost a quarter of a pound. 1 microgram (mcg) is .001 mg. or 1/100th of a milligram. So, if you were to eat a quarter pound of raw kale you would get around 39.5 milligrams (mg.) of Lutein/Zeaxanthin. I recently brought home a bunch of kale from the grocery store, and it weighed just under a half pound, stems and all.

Lutein Plus+ contains maximum amounts of Lutein, along with Zeaxanthin, another powerful carotenoid antioxidant that has been shown to be highly beneficial and protective to the eyes. Further increasing the antioxidant properties are Bilberry and Vitamin E.

Associations between age-related nuclear cataract and lutein and zeaxanthin in the diet and serum in the Carotenoids in the Age-Related Eye Disease Study, an Ancillary Study of the Women’s Health Initiative. http://www.ncbi.nlm.nih.gov/pubmed/18332316

Studies of the effects of dietary supplementation, primarily with preparations including lutein and zeaxanthin, have demonstrated improvements in contrast sensitivity and visual performance under glare conditions… http://www.ncbi.nlm.nih.gov/pubmed/20590393

Relation among serum and tissue concentrations of lutein and zeaxanthin and macular pigment density http://ajcn.nutrition.org/content/71/6/1555.full

The Ten Most Dangerous Foods: Part I There are some foods that are unhealthy for various reasons, and then there are foods that are SO unhealthy that they shouldn’t even be considered edible. Here are some of the major criteria I used in accessing the most dangerous foods: 1.) Omega Ratios (ratio of “Omega-6” to […] 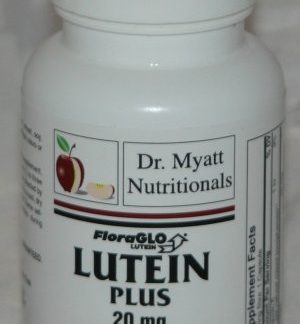